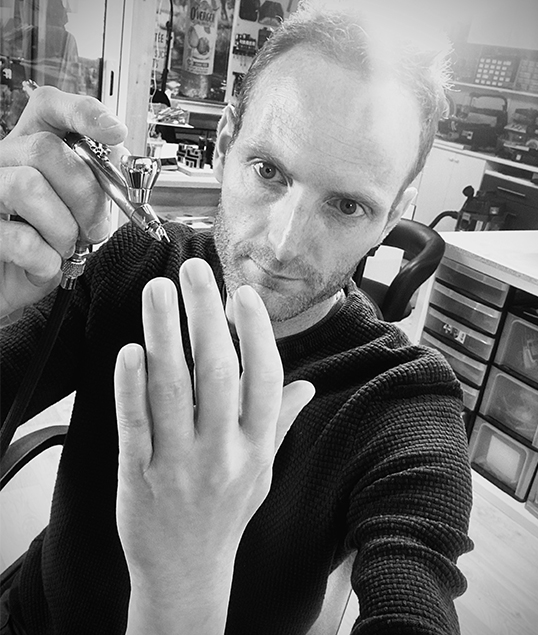 A diversified and exciting job combining realism and fantasy

From the age of 13, Guy Bonnel got passionate about the makeup universe, and he did his utmost to make himself a place in the field. In 2003, he began as a FX makeup artist with the creation of prostheses, fake objects and animatronics.

He works mainly for cinema, but also for advertising, magicians and all professions needing his services.

Demanding and perfectionist, he pays particular attention to ultra-realism.

In 2020, the Academy asked him to train students to teach them the Fundamental techniques of fabrication and fitting of generic and custom-made prostheses in the course “prosthesis option”.