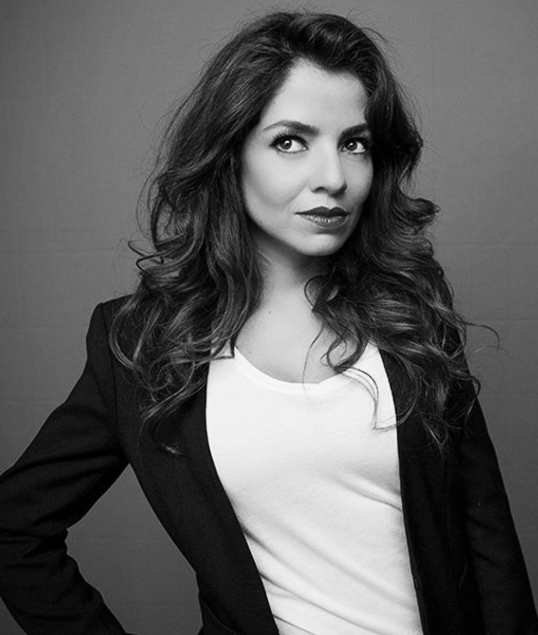 ONE MUST ALWAYS PAY ATTENTION TO THE PROGRESS OF THE MOVIE IN ORDER TO MAKE SURE THAT THE MAKEUP IS CONSISTENT FROM ONE SCENE TO THE NEXT AND THAT THE EMOTION SOUGHT BY THE DIRECTOR IS ACHIEVED.

She works as a freelancer all over the world in all types of environments ( photoshoot, cinema, theatre, television) & for celebrities like Salma Hayek.

She joined the MAKE UP FOR EVER TV&CINEMA Academy as an affiliate teacher for the TV module in 2014.

She considers that make-up is a true vocation where the most important thing is to be able to tell a genuine story through the work done. The objective is to enhance the person while knowing how to adapt to the context in which the work must be carried out, both in terms of the constraints inherent in the work to be done (exterior/interior...) and the wishes of the various parties (actors/presenters...).

Why does she love being a makeup artist? Because there is no routine and one must constantly reinvent oneself by being creative, reactive and proactive.

For her, the primary qualifications for this job are:
• Being able to endure demands on an unexpected pace and changing conditions...
• Understand the work of all other departments to anticipate one's interventions
• Know in the preparation phase how to anticipate all the requests that will come from the set